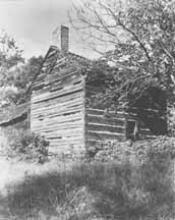 October 3, 1780 - Dwindling supplies force Lord Cornwallis to send a foraging party out into the Mecklenburg countryside. Three hundred British troops make their way up Beatties Ford Road toward the Hopewell Presbyterian Church. They meet fierce resistance at McIntyre’s Farm from a band of fourteen local men led by Captains Thompson and Knox. The British troops flee back to the safety of Charlotte and the British headquarters at Thomas Polk’s house. (Legette Blythe and Charles Raven Brockman. Hornet’s Nest: The Story of Charlotte and Mecklenburg County, pp. 84-87.)