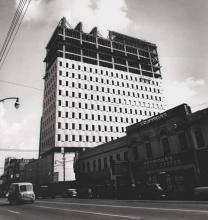 Photo: 8/17/78 (John Daughtry) - Article: 8/18/78. Wrecking balls and crumbling walls are a common sight in uptown Charlotte. This location was cleared for Discovery Place.

Photo: 7/28/86 (Diedra Laird) - Article: 7/29/86. A major underground project vital to Charlotte was the new water main. Designed to quench the thirst of Charlotteans for years to come, the construction took approximately twelve months.

Photo: 9/22/94 (Gary O’Brien) - Related article: 2/5/95. The process of constructing the city’s largest public building to date began in 1989. The FWA Group led the design team for the $141 million project. This mammoth construction project provided employment for many local businesses and individuals. The first event at the convention center was February 1995.

Photo: 9/22/94 (Gary O’Brien) - Related article: 6/29/96. The Panthers needed a playing field. No less controversial than the coliseum’s site and financing, Ericsson Stadium became the home of the Panthers. An entertainment complex that will incorporate the stadium and a third coliseum has been proposed for adjacent property.